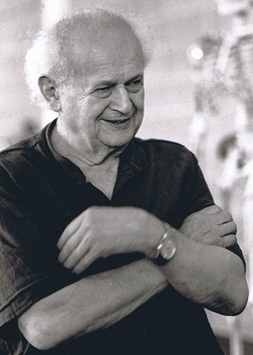 Can Feldenkrais® help you? Yes, in many ways. For instance if:

Life slows us down. Remember when you were a kid, and you could rough and tumble all day without ill effects, except maybe a scrape or a bruise. Try it now and you’re stiff and sore for days.

The Feldenkrais Method® can help you recapture some of that free movement of youth. It re-educates you and your body to move in freer, more natural ways. Old, restrictive movement patterns will be replaced by new ones that bring immediate improvement.

THE ORIGIN OF THE FELDENKRAIS METHOD®

This method was developed by Dr. Moshe Feldenkrais (1904-1984), who combined his expansive knowledge in such fields as neurology, psychology, sports, biomechanics, rehabilitation, and motor development.

A knee injury and concerns about surgery prompted Feldenkrais to explore the relationship between body and brain. He wrote his first book on his new method in the 1940s.

Dr. Feldenkrais worked with people with an enormous range of learning needs, from infants with Cerebral Palsy to leading performers such as violinist Yehudi Menuhin. He collaborated with thinkers such as dramatist Peter Brook, anthropologist Margaret Mead, neuroscientist Karl Pribram and explorers of the psychophysical Jean Houston and Robert Masters.

CONTACT INFORMATION
Register or get more information by calling Judith at 416-481-2381 or email or by going to the class schedule.